Alan James had his awaking in 2001 when an open minded work friend gave him a copy of David Icke’s book “The Biggest Secret”. At first, Alan took the usual approach and labelled David a conspiracy theorist, but then questioned his own arrogant and ignorant attitude and realised that he had no knowledge or research done regarding the content of David’s book but yet, like most people, gave his ignorant “opinion” (not fact) which is the standard programmed repetitive script given to us by the deep state.

So when Alan realised that this was the wrong approach, he agreed to take up the challenge and read the book to prove David wrong! Well, needless to say, after a few years of researching, he proved himself wrong and agreed with David and others about the matrix and what was going on. In that same year, 9/11 happened, so that also was a catalyst and helped in his awakening. 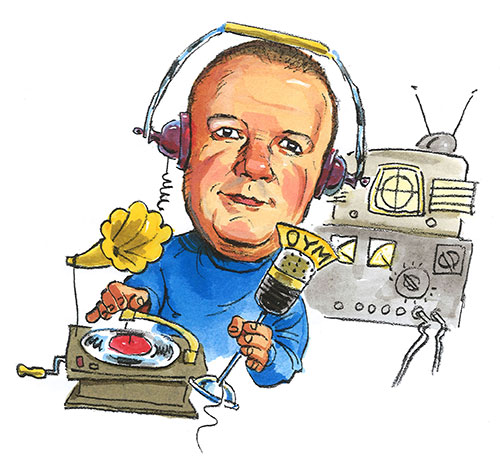 From there, Alan setup a website called “Open Your Mind” and decided that, instead of filling it with subjects like the illuminati, 9/11, Chemtrails, vaccines etc, he decided to use psychology to explain how people can be controlled and manipulated by using various psychological techniques.

In 2004, after Alan thought that mankind was “doomed” (to quote a famous line in the sitcom “Dad’s Army") he came across spiritualism and proceeded to join a local spiritual development group which was called “Circle Of White Light”. He then gained a good understanding of energy and how important this was on a daily basis.

After moving back to Ireland in 2005, he soon met up with Steven George and in 2010, they decided to setup a radio station called “Open Your Mind Radio”. After running this for nearly 9 years, it was time for both Alan and Steve to take a sabbatical and focus on their own projects. Circle Of White Light Radio is Alan's project.

So with Alan’s Spiritual, Corporate and Technical Background, he setup Circle Of White Light Radio to help progress on to the next level which is a change in consciousness and frequency - focusing on what we, as individuals, can change on a daily basis and to also apply a different way of thinking.

Over the years, people have asked how Open Your Mind came about, so Alan has put together an E-Book of the original website that he designed while living and working in London.

When Alan moved back from London, the universe organised that he would meet Steven George and after a short period of time getting to know each other and finding out that they had similar interests in the alternative media, they both decided, from a moral conscience point of view, that they would setup a radio station and call it "Open Your Mind Radio" which they ran for nearly 9 years.