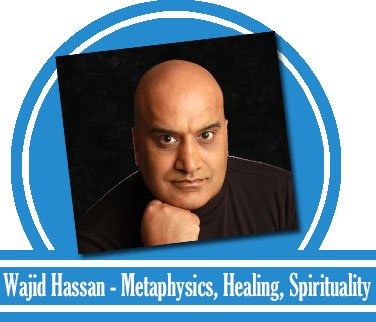 Guest - Wajid Hassan - Sunday 17th January 2021 - From Pakistan to England and then settling in America, Wajid has lived an interesting and varied life in many fields of endeavour. From a technical background as a Field Service Engineer, to stand-up comedian with over twenty years as a union actor doing voice over, narration, commercials as well as TV and movie roles. He also encompasses over forty years of experience in the field of metaphysics, healing, spirituality and new age concepts. An avid hiker he managed to climb to the top of Mount Kilimanjaro in 2006 Africa’s highest mountain in Tanzania. He is a humanitarian and environmentalist always looking for ways to improve life for people along with a deep love for our Planet and all the plants and animals who reside upon her back. As a qualified Speaker, Healer and Teacher he can demonstrate how to reignite the spiritual flame within us and send it outwards to all, improving not only our own personal lives but those of every life-stream that live on our beautiful world. Something he outlines in detail in his #1 bestseller on Amazon, “The Struggle for World Sanity” which will inspire and uplift those who read it. 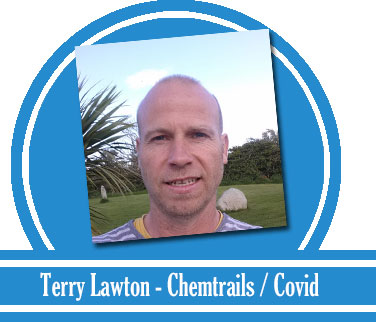 Guest - Terry Lawton - Sunday 10th January 2021 - In 2009 he came to the realisation that our world is controlled by a tiny elite of banking families and royalty who pull the strings of government and who have been operating in the shadows since world war 1 working towards the goal of world domination and totalitarian control over humanity. Since then Terry has been on a mission to awaken the general masses to the truth, that they are being controlled by a scientific dictatorship, which is the root cause of all our problems. He has worked tirelessly exposing the multitude of sinister agendas being perpetrated against the unsuspecting human race, agendas which are facilitating the elitists quest for significant global population reduction and to keep our world in a perpetual state of turmoil and upheaval. He believes the only hope of stopping this scientific war against humanity is by enough people waking up to the fact that every aspect of our lives is controlled from banking to education, religion to media, the military to the music industry, and big pharma to healthcare. All being controlled in order to keep us sick and dumbed down and divided and conquered on everything from religion to race to sexual orientation, so that we can all never come together and recognise our common enemy. Terry has held information days in Ireland and the Uk bringing public awareness to issues like the fluoridation mass poisoning of the Irish water supply, to the sinister vaccine and transhumanism agenda, to the controlling of our weather and the chemtrail poisoning of all life on earth by commercial airliners. He has travelled to many countries doing presentations on weather and environmental manipulation and has attended half a dozen conferences where representatives from the world of academic science laid out their plans to take control of the earth’s climate and block out the sun, in a supposed attempt to combat global warming. He has a website called ClimateChangeAgenda.com which he describes as a one stop shop that ties together and explains how these supposed plans to hack the earth’s climate have long been an ongoing reality and how the global infrastructure of climate hacking technologies are being used to cause environmental and climate chaos and even trigger earthquakes so that humanity can be continuously blamed for climate change, environmental destruction and controlled through a straight jacket of green communism. Terry says this entire system of tyrannical control operates through a technique known as the Hegelian dialectic, or problem, reaction, solution. This is where the architects of each global narrative create the problem, or the narrative. The public then react through the fear and threat of the problem, then the government presents the solution to the save the people from the problem it created. This in turn results in the system gaining further control over the people and taking away their inalienable rights one at a time. This process has been used to trigger every agenda from the war on terror to the war on climate change. It creates one boogey man after another keeping the people in a constant state of fear, and when people are in fear they are easily controlled. Since the latest Boogey man known as Covid19 was rolled out, Terry has dedicated all his time to highlighting the lies and the insanity of this global pantomime which is fast tracking the agenda 2030 sustainable development goals of the ruling elite and which has reduced the majority of the human race to a bunch of mind controlled zombies wilfully partaking in this abominable global freak show. 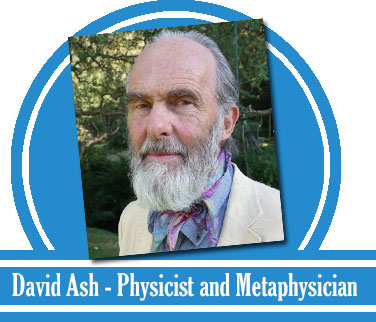 Guest - David Ash - Sunday 3rd January 2021 - David was born near London, in 1948, began the Vortex theory at Queens University of Belfast in 1968 and continued at London University 1969 to 1972 and then Post Grad in Plymouth, 1973/74. On January 15th 1975 David presented his vortex theory at the Royal Institution in London then continued to develop the theory until it was published (with Peter Hewitt) as The Vortex: Key to Future Science by Gateway books in 1990. Then he set out on an international lecture tour 1991-94 using his Vortex theory to explain ascension. In 1995 the College of Psychic Studies published The New Science of the Spirit, which included a prediction of the accelerating expansion of the Universe, subsequently confirmed experimentally by Saul Perlmutter in 1997 who received a Nobel Prize in 2011. The vortex theory was republished as The New Physics of Consciousness by Kima Global Publishing of Cape Town, in 2007, and again as The Vortex Theory in 2015 and AWAKEN in 2018. As well as being a pioneering physicist and metaphysician, David is a nutritionist, ceremonialist and singer songwriter. He is a father of nine and grandfather to fourteen.